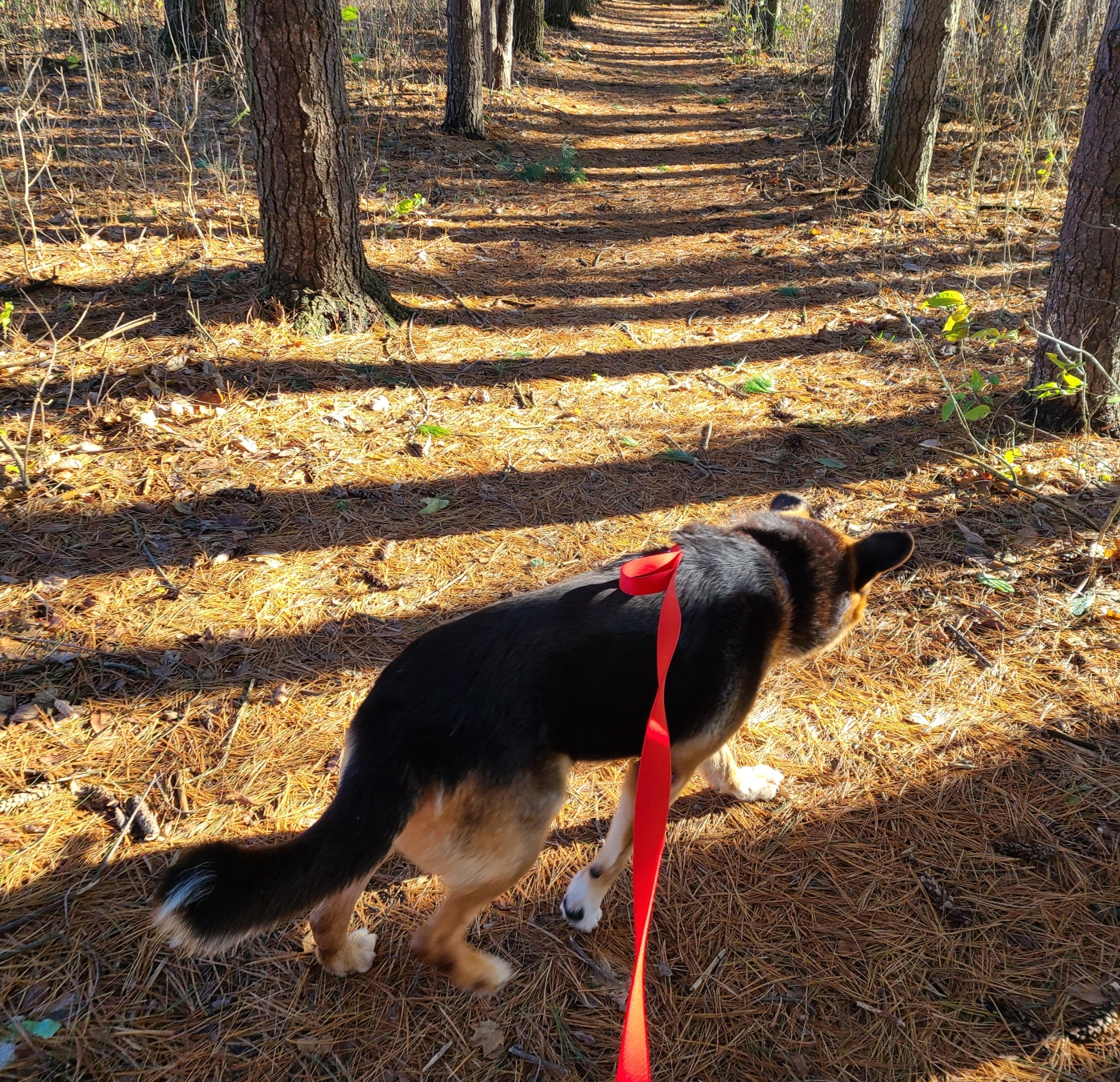 Once upon a time, there was a girl who grew up with all sorts of critters – cats, dogs, goats, hens and roosters, ducks, turkeys (awful creatures) – on her parents’ ten acres. When she moved out with her sister, they took their dog and a cat. Soon it became obvious that the pup who grew up running free in the woods and large yard was not suited for village life. She returned home to live out the rest of her life the way she always had lived. The girl’s sister moved away, and her cat of 16 years passed away. After about a year of coming home to an empty house and getting videos and pictures of her dear friend’s pups, she decided it was time to bring a pup into her home.

Before even 24 hours had gone by, she was wondering “what have I got myself into?!”

This past Wednesday, I brought home a German Shepherd mix (my money is on Corgi based on his face). He is 10 years old but most definitely does not act or look like a senior pup! He is a semi-trained rescue from a county adoption shelter with absolutely incredible volunteers who took him for long walks up and down hills.

His first night at his new home with me, we just walked the perimeter of my property. Multiple times. The next day, he let is slip that he could jump the gate I was using to keep in out of parts of the house while I was at work until we get a better feel for each other, so that gate is gone now. Yesterday, we went for a mile-long walk in a close park.

Now, we had gotten about 7 inches of snow this week, most of which is now gone. Yesterday, the entire trail was covered in ice. This park goes uphill and down-hill. I never thought I would have to remind a dog that I have short legs and walk slower. (Our other senior pup was not fond of walking around this park; she was about 13yo when she moved to the village short-term.) We weren’t even back to the house when my legs and knees were screaming at me.

I love weights. My legs are solid muscle. I do yoga, so, although there is room for improvement, they are not as tight as they used to be. Cardio, however, is a cuss word in my house. That’s going to have to change now as I take my handsome pup on daily walks around the park and community!

Accountability is one of my favorite words in the fitness world. What better accountability partner than one who is in your care, relies on you to take care of his physical and mental health, will destroy your house if you don’t keep him stimulated? Dogs are called man’s best friend for a reason! While I knew I would have to take the pup for long walks, I neglected to consider the pace of those long walks and the cardio exercise I would be forced to get every day!

One thought on “Forced Cardio with Man’s Best Friend”